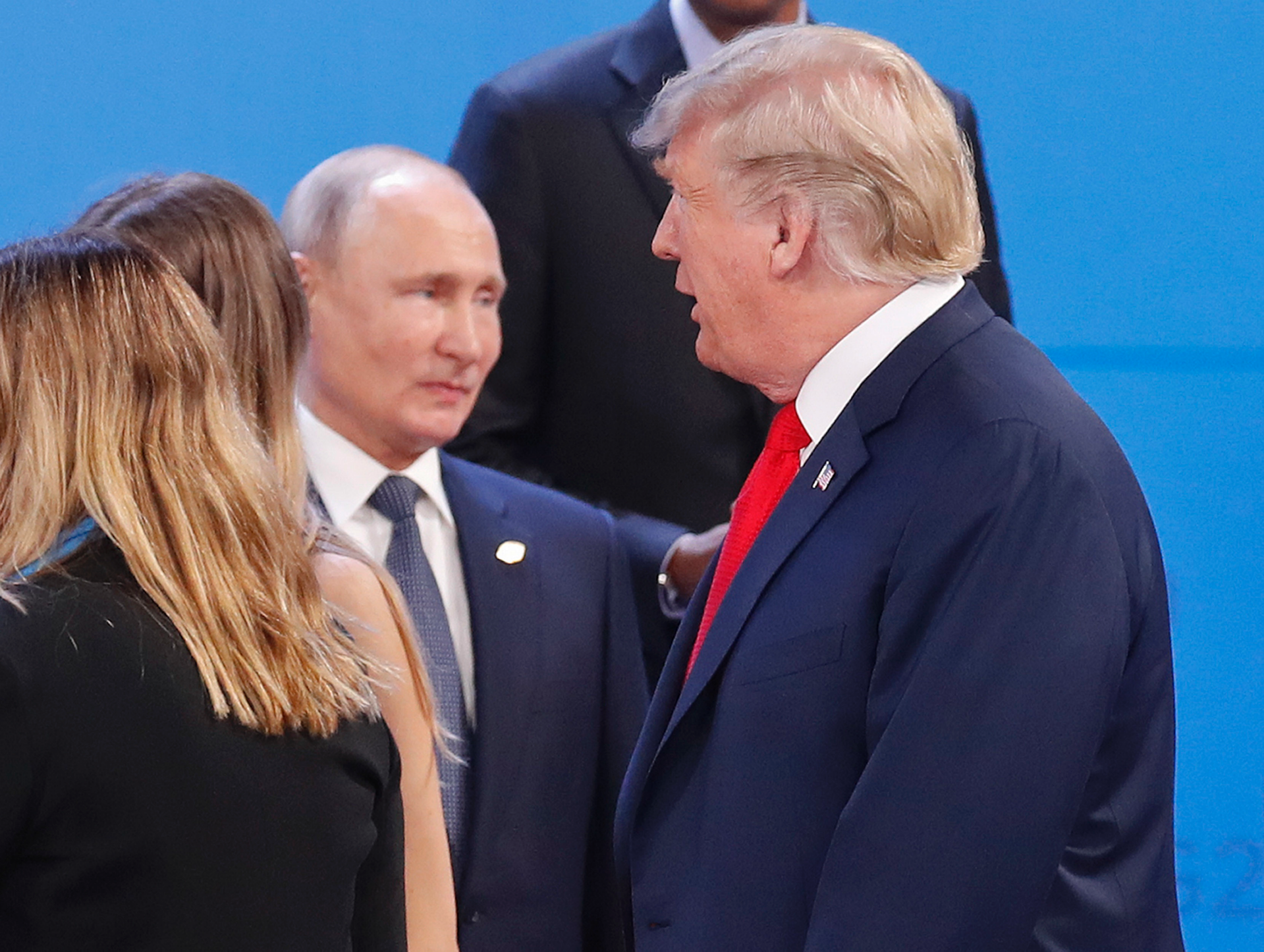 The White House said Wednesday night that a conversation between President Trump and Russian President Vladimir Putin at the G20 summit in Buenos Aires this past November did not constitute an "official meeting."

The Financial Times reported Tuesday that Trump and Putin spoke for "several minutes" at the end of "an evening event" during the summit, accompanied by first lady Melania Trump and Putin’s translator. The report added that no White House staff were present.

"As is typical at multilateral events, President Trump and the First Lady had a number of informal conversations with world leaders at the dinner, including President Putin," Sanders said. "The President reiterated to Putin why he canceled the meeting."

Sources told Fox News that Trump told Putin during their conversation that they could not formally meet again until the situation in Ukraine was resolved. An administration official added that the Russians were spinning the report on the conversation to suggest that the two talked about planning their next meeting. There was no translator or note-taker present on the U.S. side because it was a brief, informal encounter, the sources said.

Word of the conversation could agitate congressional Democrats, who have floated issuing subpoenas to obtain notes or testimony from the interpreter for other previous meetings between Trump and Putin. Such a move would trigger a major confrontation between the legislative and executive branches regarding potentially sensitive discussions between foreign leaders.

Earlier this month, House Foreign Affairs Committee Chairman Eliot Engel announced that he was planning to dissolve the panel’s terrorism subcommittee and instead create a panel to focus on investigating matters related to the president, including the infamous July 2018 summit between Trump and Putin in Helsinki, Finland.

“It’s been many months since Helsinki, and we still don’t know what Putin and Trump talked about,” Engel said.

The Democratic groundswell for obtaining interpreter information grew after The Washington Post reported Trump had taken possession of notes on a 2017 conversation with Putin in Hamburg, Germany, from his own interpreter and told the interpreter not to discuss what had taken place in the meeting with other administration officials. Counselor to the President Kellyanne Conway has said Trump took that action to avoid details of the conversation being leaked.